Remember those last two weeks of school, where you laid around the house complaining about how BORED you were? Remember how much you annoyed your mother, your babysitter because there was NOTHING TO DO?

I worry today's kids don't have that problem.

Even in the summer, I'm shocked about how overscheduled some of my kids' friends are. Summer should be about taking life a bit easier and reveling in the slowness.

On top of that, kids don't have the 12-week summer vacations we were treated to when we were kids. That down time is why we were bored. Not because we ran out of things to do, but because we just needed to be stretched a bit.

Being bored in the summer means you might be open to new activities. Like visiting a farm just because or working on a home improvement project with mom or  trying a new craft you wouldn't dream of normally.

Being bored in the summer means you're open to new friendships. Suddenly the neighbor's sibling isn't an annoyance; he's a playmate.

Being bored in the summer means you find out that your brother or sister isn't so bad after all, and you make caves and tents indoors for "sleepovers."

Being bored in the summer means you begin thinking outside the box. Like finding ways to brighten your life with a little face paint. On your feet. 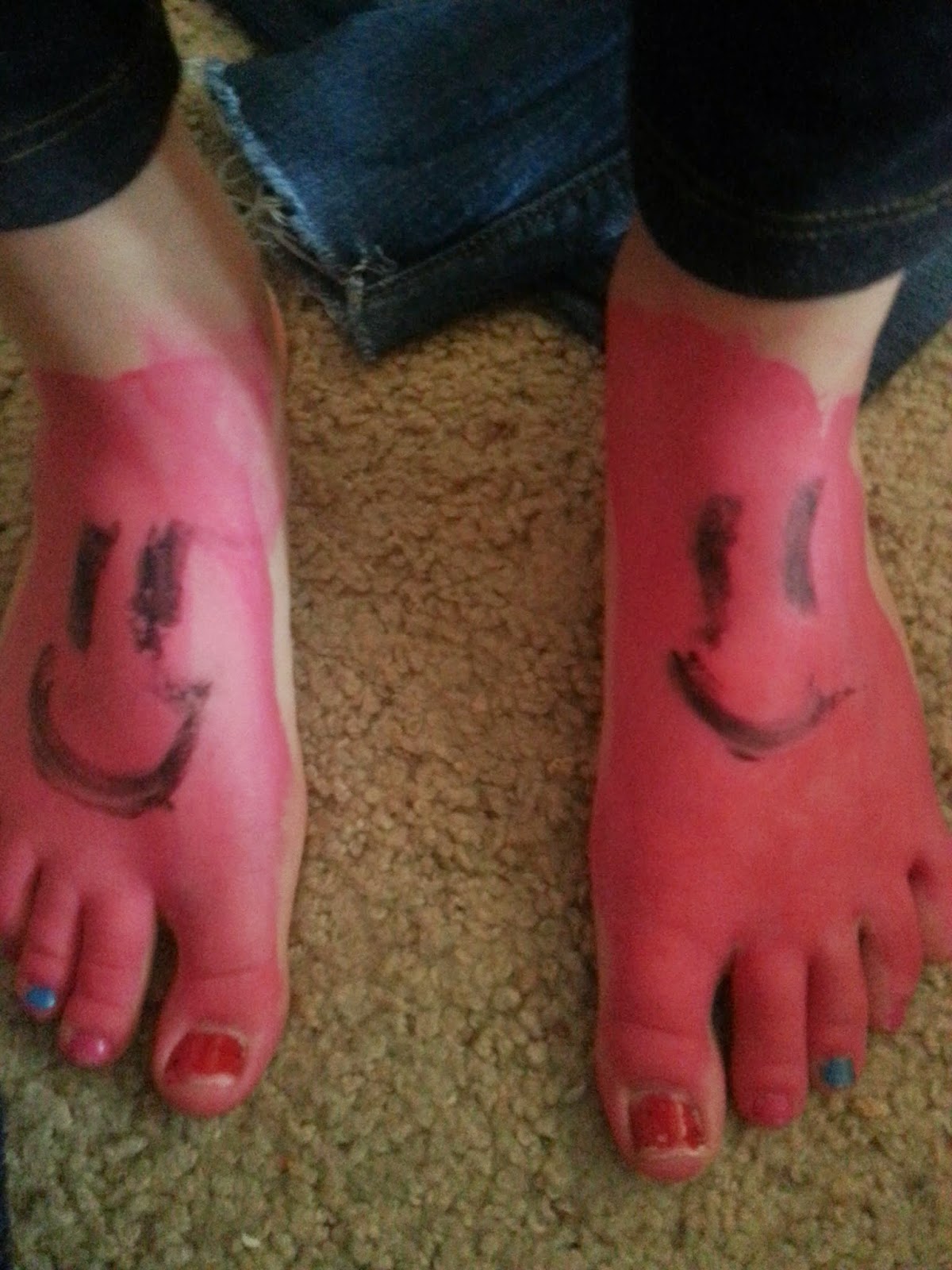 Being bored in the summer is why I didn't do a babysitter this year; instead I did a series of camps. But I purposely decided that rather than force that last week before school - when local camps were closed and the daily drive to a camp would be 45 minutes each way - that I would enlist some friends to babysit for a few days. So the kids can be bored. Together.

Frankly, there's nothing wrong with being bored. Let the brain cells bubble up and come up with a creative way to spend the day!


An InLinkz Link-up
Posted by Robbie at 3:39 PM

Email ThisBlogThis!Share to TwitterShare to FacebookShare to Pinterest
Labels: summer

Great post, Robbie. I do think that kids these days are so rarely bored and are so often fully scheduled. We've done mostly half day camps this summer and, as you mentioned, suddenly the boys don't see each other as such an annoyance. I've been pleasantly surprised by how much they are playing together.

I was one of those parents that "made" my kids spend time together in the summer months We would go on family outings and do activities together, exploring parks, zoos and just walking nature trails. As adults my children still find joy in those simple times.
I agree with you that taking a slower pace and just letting be what will be can open new doors to interests and hobbies for kids.