The first steps are the hardest

The last few weeks have been an eye-opener for me. After pulling my back muscle while overlifting at work, I've become acutely aware of the blessing it is to be able to move.

Today, I felt strong enough to finally push myself and begin working toward one of my goals of finishing a 5K. I've walked several half-marathons, but I'd like to get healthy enough to actually run a 5K this fall.

The first steps are the hardest. And I'm not talking about heading outdoors. Making that decision to get out of bed early, to get dressed, to put on your shoes and step out the door are the toughest moves to make.

But I did it. And I walked/jogged my first mile toward my goal this morning. It felt great.


Take that first step with me! It's not too late to join the Go Green Get Fit challenge! Share your goals below.

Wrapping up week one of the Go Green Get Fit challenge, sponsored by plantetshoes.com, my biggest strides have been mental.

As I'm still battling a back injury, my workout routine has been minimal: reworking my core, some pool time and stretching.

But despite this challenge, I'm a winner. And here's why: I had a breakthrough on my diet.

I've heard for years that keeping a food diary can make you more consistent on your diet. I've been lukewarm about that at best over the years and felt as long as I kept the mental tally of exchanges I'd be pretty much on track.

Except I wasn't. This week I logged my meals and it was an eye-opener. My "once in a while" treats or meal choices were nearly a daily occurance.

I hadn't been planning for lunches at work, nor snacks in the day in case I needed to boost my blood sugar levels.

I was guilty of too little dairy and produce and too many starches.

And while I could do little during a road trip this weekend to address this, I've reworked my eating since.

I went to a birthday party Sunday, choosing salmon and spinach salad for my meal since I knew I'd want dessert.

I dug out my smoothie book for a breakfast alternative to the all-to-easy cereal.

I planned a dinner last night with carbs on the side, serving myself a smaller portion and loading up on the fish.

In the end, it's 1 million tiny choices that make the difference. Even when I'm back to 100%, I can't out-exercise poor eating choices.

How are you doing on your fitness goals?

Posted by Robbie at 7:04 AM No comments:

Go Green, Get Fit: The importance of a plan B

The Go Green, Get Fit challenge begins today, and it's the worst possible timing for me.


Which means that I need a Plan B. Stat.

My workouts tend to lean toward the mornings before the kids wake up, all good unless you're wiped out and struggle to get up at the alarm. And the idea of hiking to the park is out with a foreecast of 92.

I could just throw up my arms and say I'll start next week. But that is another week wasted.

So this week's Plan B:

Do you plan for your "Plan B" when workouts get derailed? What works best for you?

Posted by Robbie at 6:39 AM No comments:

Not my best week

Suffering from a spider bite and back pain from overlifting at work (saving two extra loads to the car was not worth it) this week. Add in evening Vacation Bible School and 484 emails to catch up on at work after summer camp, and it's a recipe for a worn-down mom. Promise I'll recouperate quickly and be back on the blog soon!
Posted by Robbie at 7:36 AM No comments:

Twenty miles in three days. You'd think I was a fitness buff.

But no, I'm truly just a tired mom working a week at scout camp.

I've carried the idea of getting in shape for years now. I haven't had a consistent workout routine since I walked a half-marathon, pregnant with my 4 1/2 year old. First it was new mom exhaustion. Then it was not having money for a fitness class since my husband was out of work for a few years. Then it was time.

But I finally realized have to stop making excuses. My health, my family is far too important for that.

My turning point was sheer exhaustion...as I could barely make it through the work day. I've slowly made changes the last several months, reducing my starchy carb intake (I truly was eating far too much), introducing meaningful exercise (like taking a walk instead of sitting in a chair to discuss something at work), making sure I get enough sleep and getting my blood sugar levels back in check.

Yes, I'd love to love 20 pounds. Thirty or forty would make my doctor happier. But my first goal was simple: Having enough energy to survive Girl Scout camp each day. Halfway through the week, I can tell you I've succeeded. I'm sore, but I've succeeded.

All this hiking has reminded me I have the potential to be stronger, and it's a great kickoff to the Go Green, Get Fit blogging challenge that starts June 18. I'm excited to be part of a diverse group of bloggers, from the experienced athlete to the aspiring exerciser.

Here are my goals for the coming months:

2. Incorporate my kids. We are blessed with walking trails and a pool nearby, not to mention a plethora of balls, lacrosse tools and other outdoor toys. Taking advantage of these things means I'm setting a great example for fitness and telling them, yes, I will play with you!

3. Build my aerobic fitness. I do well with the little things, but I need to push myself more. My dream? To  run a 5k this fall. I know I have a lot of work to get there, but I'm rooting for myself!

4. Eat seasonally. As much as I love gardening and attending farmers markets, when I'm busy eating seasonal produce admittedly falls by the wayside. I want to recommit to that for our family's health.

I know these steps seem minor. But if there's one thing I've learned this week, it's that goals can be achieved, one step at a time. Are you with me?

I’d love to hear about your fitness or health goals for the coming months! And please join us on June 18, when the Go Green Get Fit Challenge begins!


In the meantime, join us on Facebook to get details and updates! 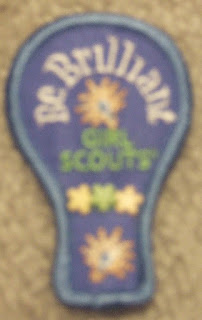 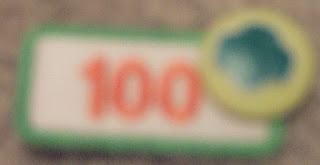 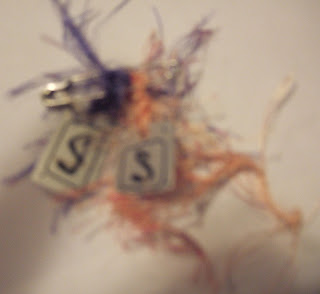 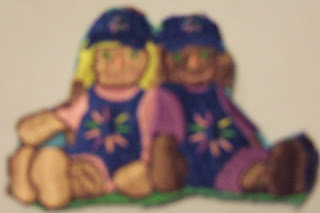 With a little creativity and some leftover supplies or castoffs, who knows what you can create!
Posted by Robbie at 8:36 AM No comments: 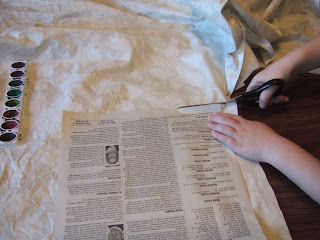 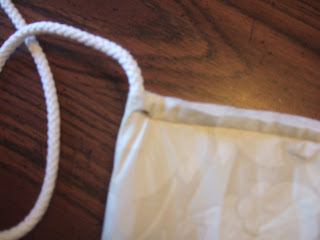 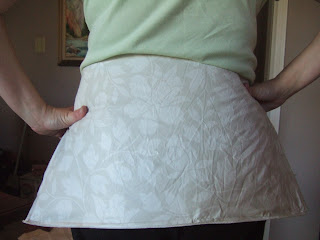