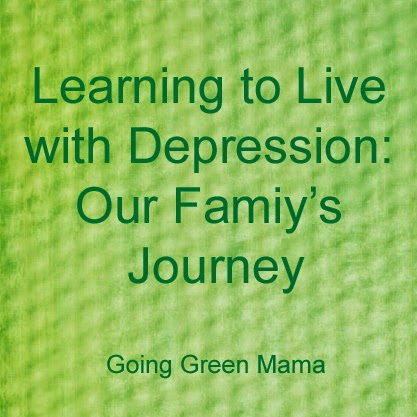 I have no great answers for those who love people who battle depression on a daily basis. Simply pray. Pray with them, pray for them. And open your hearts and arms to them, even when they say they don't need it. Because as humans we simply do.
Posted by Robbie at 7:06 AM

Hugs to your husband and everyone else out there dealing with depression. It is a very tough road!

Knowing from first hand experience I feel for your family, your kids and of course your husband. You are a loving spouse and may God give you the patience to continue to love him regardless of his mood. Depression robs a person of joy and often personality. My marriage did not survive the test of illness but God has givedn me the courage to handle life's trials as they come. Every day is a gift and if you recognize that, no matter how bad you feel you can summon up the will to carry on!

I suffer from seasonal depression. Thank goodness my husband understands that's the reason I have to have lots of lights on. If I don't use 100 watt bulbs I ended up being a useless lump on the couch. It is definitely easier with support.