My daughter's birthday is fast approaching, and, following an accident that left her on crutches, we abandoned the idea of our traditional at-home parties with games in lieu of (gasp) a party at the local frozen yogurt store.

We had already purchased cute little nail polishes for the girls to do pedicures (thanks to an amazing clearance sale at Justice - 60 cents each!) and I needed some way to package them since we were no longer doing pedicures.

Plastic gift bags just weren't an option in my book. I struggle with the idea of tossable cellophane bags.

Instead, I turned to Pinterest and got a brainstorm. My daughter is into pink and blue - and cheetah prints - so this was a perfect solution. 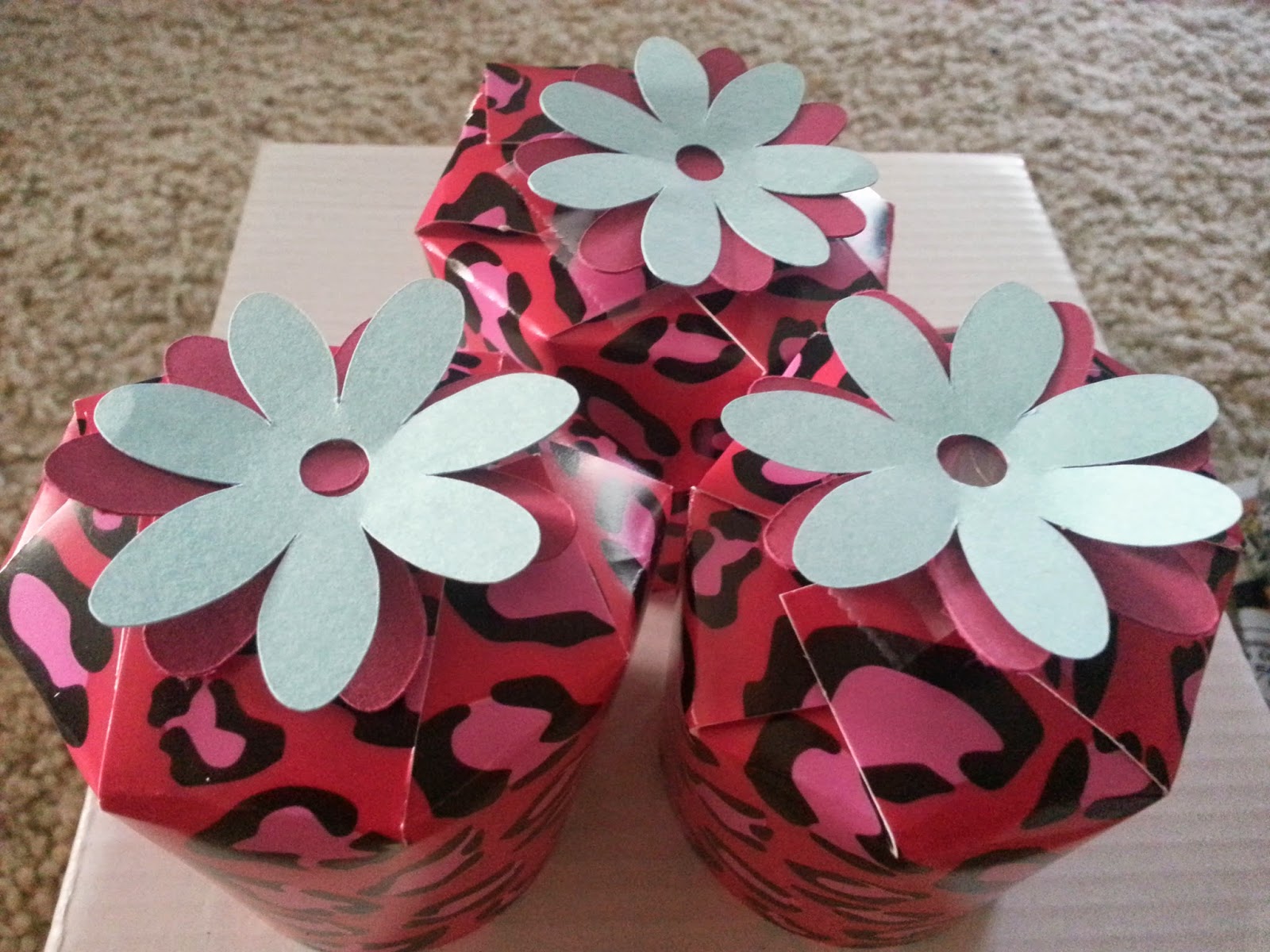 Here's how I pulled off the look:
I though it was a great grown-up but fun alternative for my pre-teen to be!

Love this! My dd7 would like these cups, too.

Frozen yogurt place parties can be fun, too. My dd7 went to one recently, and had a blast. They got to color t-shirts, make their own dessert, and get their faces painted.

Thanks for sharing at Fabulously Frugal Thursday.