Avalanche of apples, now what? 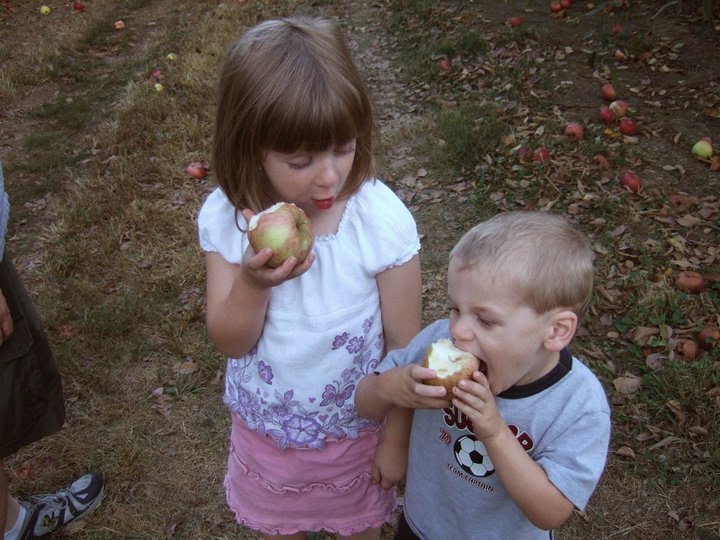 Apple picking was on the agenda for Labor Day weekend. I pulled into the packed Anderson Orchard in Mooresville, and the children dutifully picked up their bags and a list of which varieties were ready.

I naively thought that the bags were the smaller size ones like the kids had received on their field trip to Apple Works last year, but I was wrong. As we tossed the first apple into the bag, I watched as the little bag unfolded into more than double in size. Whoops. And I figured we paid by the bag.

Two weeks later, I'm down to about half, even with apples packed in the lunch box each day. Lesson learned.

Instead, we've been on the hunt for great apple recipes to race through this stash as quickly as possible. I've already been instructed not to make more applesauce by my husband (I had already made two batches a few weeks before.) I already have apples chopped and frozen for Christmas apple streudel making with my brother. I suppose I could make apple cobbler - or "apple priss" as my daughter colorfully called it last fall. Or apple ladybugs (though my kids are burnt out on the suggestion of raw apples at this point.)

But this is where my repertoire ends. I'm on the hunt for new ideas. This morning I tried a baked breakfast sausage and apple recipe, however, I still have plenty of apples to use up. So, post great links to your favorite recipes here. Thanks for your help!
Posted by Robbie at 11:02 AM

I'm in the same (apple) boat here, can you tell?

Good ideas, will have to look up some recipes?

I make apple muffins out of my Betty Crocker cookbook (sorry, couldn't find the recipe online). It's the basic muffin recipe (for blueberry muffins?) with a few suggestion--apple muffins, chocolate chip muffins, etc.