With each lost tooth as a child, we would slide our tooth into our "Tooth Fairy pillow" at bedtime to find a dollar bill the next morning. My mother had saved my lace-trimmed pillow for me, which my daughter now's used five times.

But I figured my little guy, when his time came, would not be all about the velvety fabric and lace. Instead, I made my own in very little time, created out of reclaimed denim.

My husband had some worn-out jeans left in a pile to donate. Given there were holes, I wasn't sure how well they would be received at a donation agency. Instead, I used the denim fabric for a "boy" Tooth Fairy pillow.

For the tooth pocket, I cut about 1/4-inch inside of the stitching of the back pocket, creating a pocket-shaped piece of fabric that was slightly smaller than the original back pocket. I used a needle to tack the edges down for easier sewing on the sewing machine. 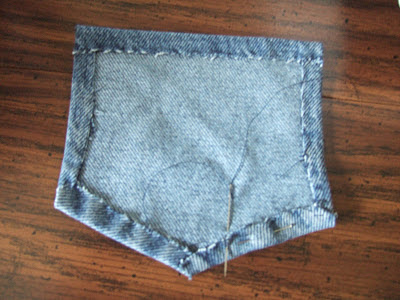 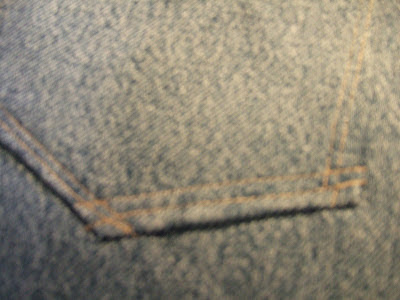 Then, I pieced together the pieces on the reverse and stitched it until it was mostly shut. I turned the pieces right-side out and began to stuff it. (Yes, you will see I am not the straightest sewer out there.) 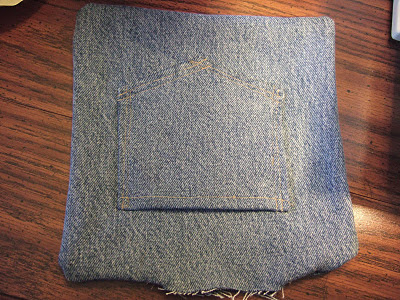 When the pillow was stuffed, I turned in the loose edge and hand-sewed it together. My little guy was so proud to have his own tooth pillow! Even though he's a few years' off, he's excited about it and even asked to take it to daycare.
Posted by Robbie at 6:57 AM

I am very impressed Robbie. You did a great job.
mom

Using denim for that pillow is pretty unique! That gave it a more mature touch to it, making it fit for adults too. To make it more kid-friendly, though, putting up some vibrant colors would do great! By the way, how long did it take you to finish this? It must be piece of cake with the help of your sewing machine.